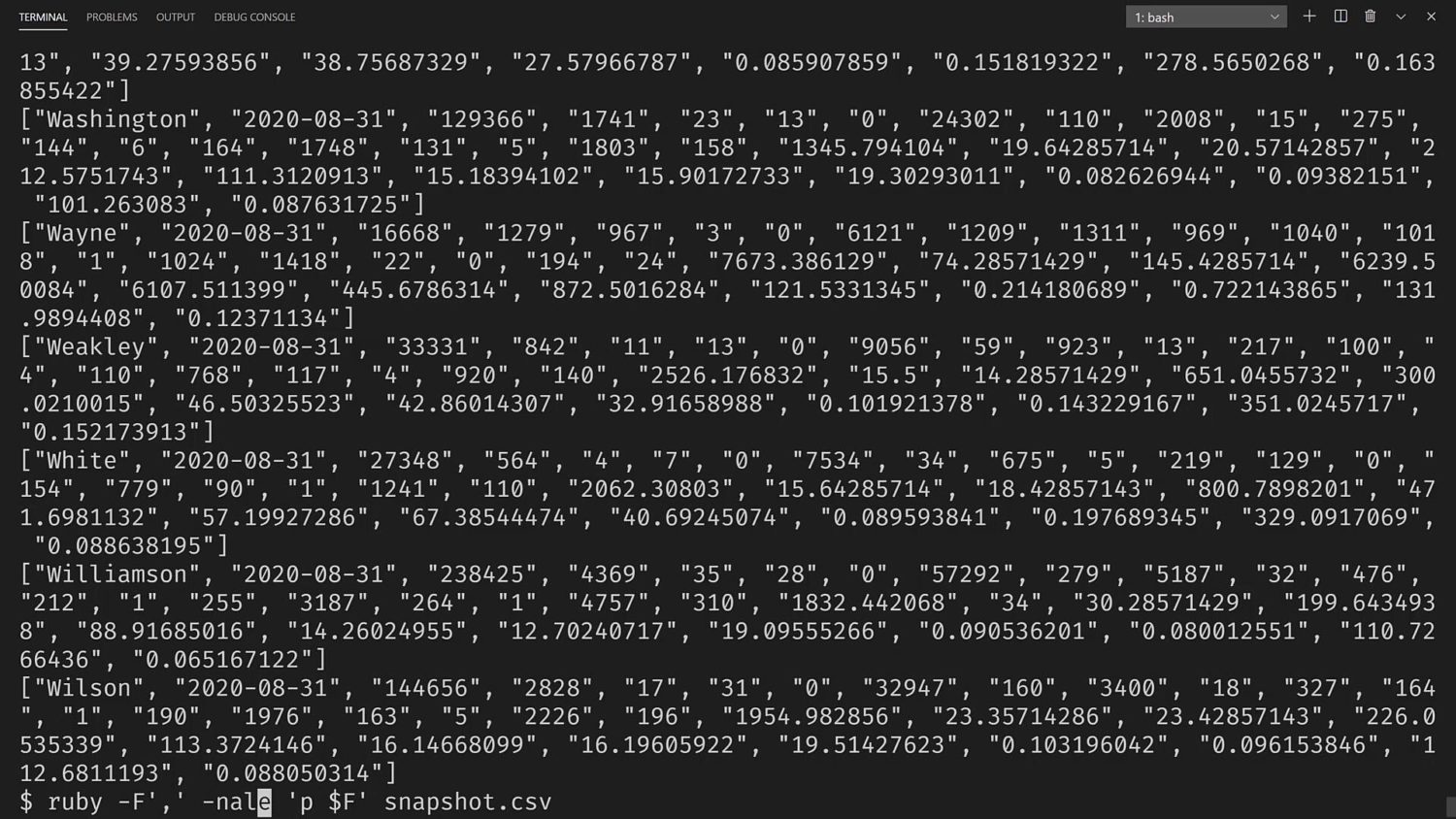 Want line terminators in input text to just Go Away? Ruby has a mode for that!

In a previous episode we used Ruby’s -n mode with autosplit and an explicit record separator to sum up CSV data in a one-liner.

One complication we saw in that episode was that with a record separator of just a comma, we wound up with CRLF sequences at the end of the last field in each row.

We dealt with that by adding to the field separation regular expression.

But there’s another way to handle this problem.

We can enable Ruby’s line-ending processing mode with -l.

This automatically strips off the line-ending characters as records are read in.

It feels good to go back to specifying a simple comma as the delimiter for comma-separated values.

In addition to automatically lopping off line-ending characters, line-ending mode also alters the output record-separator to match the input-record separator global variable. But these variables are a topic unto themselves, and we’ll talk about them in a separate video. For now, enjoy the ability to ignore line terminators in input lines. Happy hacking!