The leaves are starting to turn here in the foothills of the Smokies. The air outside has turned cool, but the RubyTapas kitchen is always toasty warm!

Here’s what’s new on the site since the last update. 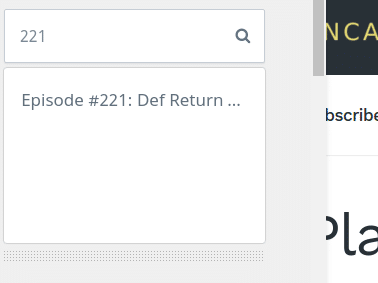 I’ve updated the search functionality to be faster and smarter.

Want to get RubyTapas for your whole team? Team accounts are once again available. (They had been unavailable while we were making the big 1.0-to-2.0 switch).

From time to time I receive suggestions to expand coverage to languages other than just Ruby. I wrote a blog post laying out my response, and talking a little bit about future plans. Short version: you may eventually see content that goes beyond Ruby, but the focus is will be more on applying design insights and less on specific technologies. Read the whole post for more explanation.

Here’s a sneak peek at what’s cooking for the next few weeks:

And that’s it for this month!