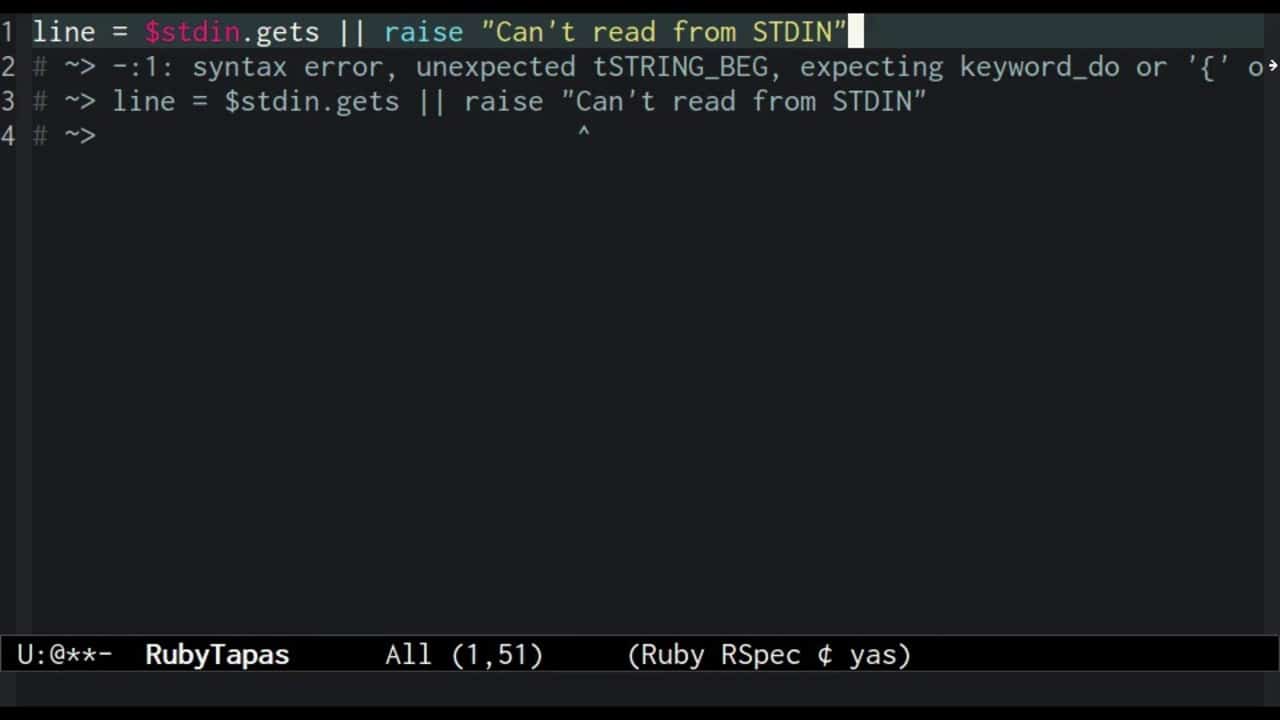 Ruby has two different forms of logical operators. It has the “symbolic” form, such as && and ||. And it has English-style operators and and or.

However, it doesn’t take long before we start seeing surprising differences in behavior between the two sets of operators. For instance, here’s some code that assigns a user object’s name to a user_name variable. It uses the && operator to ensure that the .name message is only sent if the user is non-nil. So long as the user exists, the variable winds up having the expected username value.

But if we replace the && with the English and operator, the user_name variable takes on the value of the entire User object instead.

Even more surprisingly, differences show up even in the simplest of logical expressions. Here’s an expression using only symbolic operators. When we change all of the operators to English versions, the result changes.

At this point you may be starting to feel like the English logical operators are a trap: they look attractive, but when we actually put them to use they have surprising, seemingly arbitrary semantics.

For example, here’s a line of idiomatic Perl code straight from the Perl documentation. It tries to change working directory. If the operation fails, it raises an error, using the die keyword. In this example the program isn’t interested in the boolean result of the or operator. Rather, it is exploiting the short-circuiting behavior of or to only execute the code on the right if the code on the left returns a falsey value.

Here’s some Ruby code which behaves similarly. It uses the unless statement modifier to raise an exception unless it is able to read a line of text from $stdin.

Let’s say we’d like to put the read first and the error handling after it, similar to the Perl code we saw a moment ago. In order to do so, we might try to use logical a logical OR operator like so. But when we try to run it, we get a syntax error. As a result of the operator precedence rules, Ruby gets confused by this code.

I could diagram exactly why this parse failed, but it’s not worth it because we can easily fix the problem by switching from symbolic || to English or.

Let’s move on to the and operator. Here’s some Ruby code which outputs a notification if an enable_notifications flag is true. Right now it’s using an if statement modifier to control whether or not the notification is sent.

Let’s say we wanted to switch to using a logical operator to make the decision. We switch things around to put the flag first and use symbolic && to only send the notification when the flag is true. But then we run into a problem.

Once again, we get a syntax error, because the Ruby gets confused about how the && fits together with the call to notify without parentheses. We could change the code to introduce parentheses… or we could simply use the English and operator and have everything just work.

In these two examples we can begin to see the reasoning behind the low precedence of these operators, and how it can be advantageous when they are used for control flow. Although truth be told, I don’t really like the way this new and code reads; I preferred the original version with an if modifier on the end of the line. Let’s move on to another example where English logical and makes more sense.

Here’s some code that parses chunked HTTP content, as a web server might deliver it when it is streaming out data on the fly. The chunked encoding is a simple format where each chunk of data is preceded by a line containing a number indicating the length of the next chunk.

We can see this code forming a “chain” of sorts: We have a series of operations to perform, but if any of them is unsuccessful we don’t want to proceed any further. We might think to turn this into a visual chain by stringing the statements together with AND operators instead of nesting them in if statements. We try this using symbolic &&, but even with parentheses around all method arguments we run into trouble.

You know what comes next: when we replace the symbolic && operator with English and, our problems go away. We’ve successfully built a chain of short-circuiting dependent operations

My advice is to take a page from Perl, and use the English logical operators strictly as control-flow constructs rather than evaluating them for their return value. Much as it might seem like an aesthetic improvement to substitute the English versions for symbolic operators in logical expressions, they simply aren’t as well suited for that role.

That’s it for now. Happy hacking!