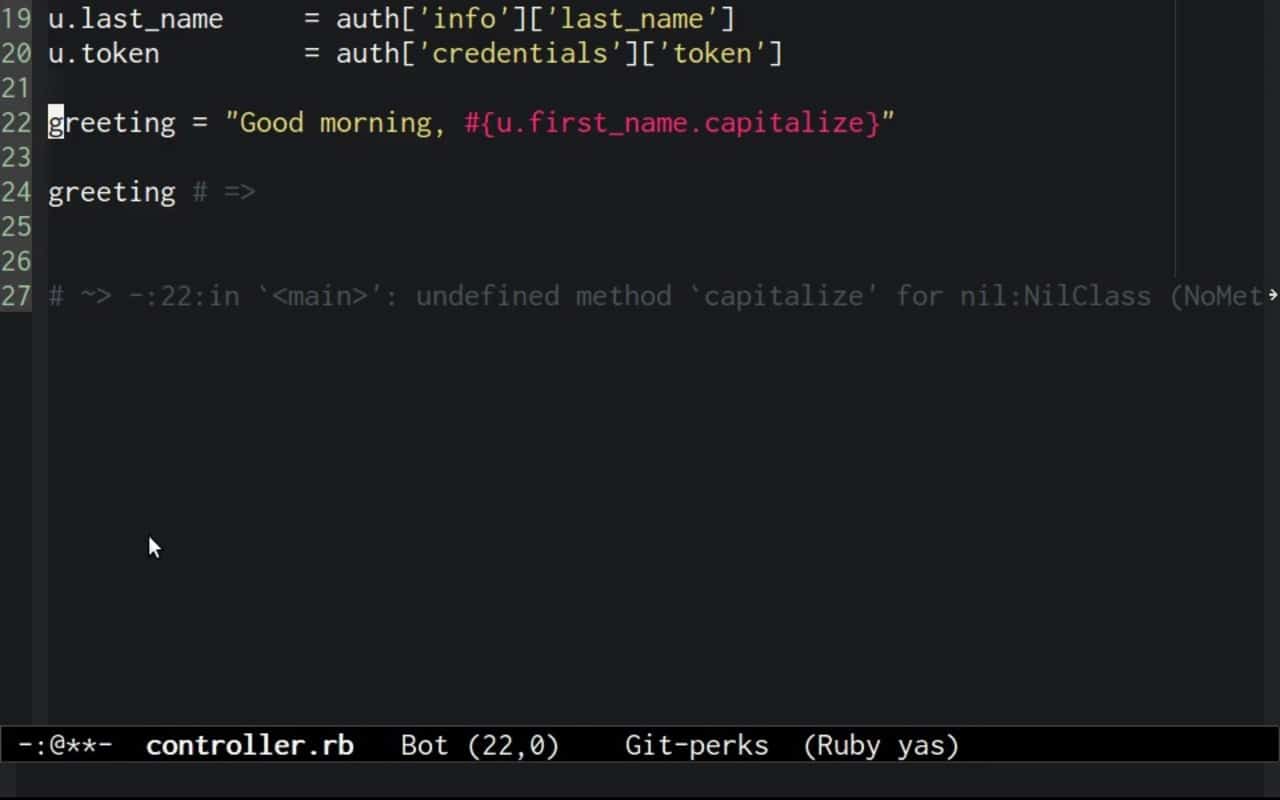 Let’s say we need to pull out some user info from an Omniauth-style hash.

Later on, we use this user info with the assumption that it was all collected successfully.

Unfortunately, there’s no guarantee in the Omniauth hash schema that any of these fields will be supplied by a given provider. If we add a provider that omits some or all of these fields, we may get a rude surprise.

The worst thing about this error is that there’s no direct connection between the error and the missing auth info. The occurrence of the error may be widely separated in code and in time from the point where the user object was originally populated.

It would be better to catch the fact that some fields are missing from the auth info at the point where the fields are first extracted. The presence of these fields is a part of our assumption, and it’s always a good idea to verify our assumptions about data from external sources.

We might do this by adding statement modifiers to each assignment:

But this is tedious. There’s a much more concise and idiomatic way to do this, which is to use the #fetch method instead of the subscript ([]) operator.

Note that we use fetch for the nested “credentials” hash as well, because it too is not guaranteed to be present.

The #fetch method on Hash behaves similarly to the subscript operator except that it is more strict. If the specified key is missing, it raises a KeyError.

This error is an improvement in a few ways: first, it occurs at the point where the fields are first extracted. So there’s no question about the origin of the missing value. And the error message clearly indicates that there was a missing key named “email”, unlike the NoMethodError we saw before.

Whenever I need a value from a hash, I try to think about whether I have any expectations about that value. If I expect it to always be found, that means I’ll probably be writing other code that depends on that value being present. In that case, I usually opt for a call to #fetch instead of using the subscript operator. It’s a few extra characters that buys me peace of mind.

In a future episode I’ll talk about some of the other features of the #fetch method, but this is enough for now. Happy hacking!