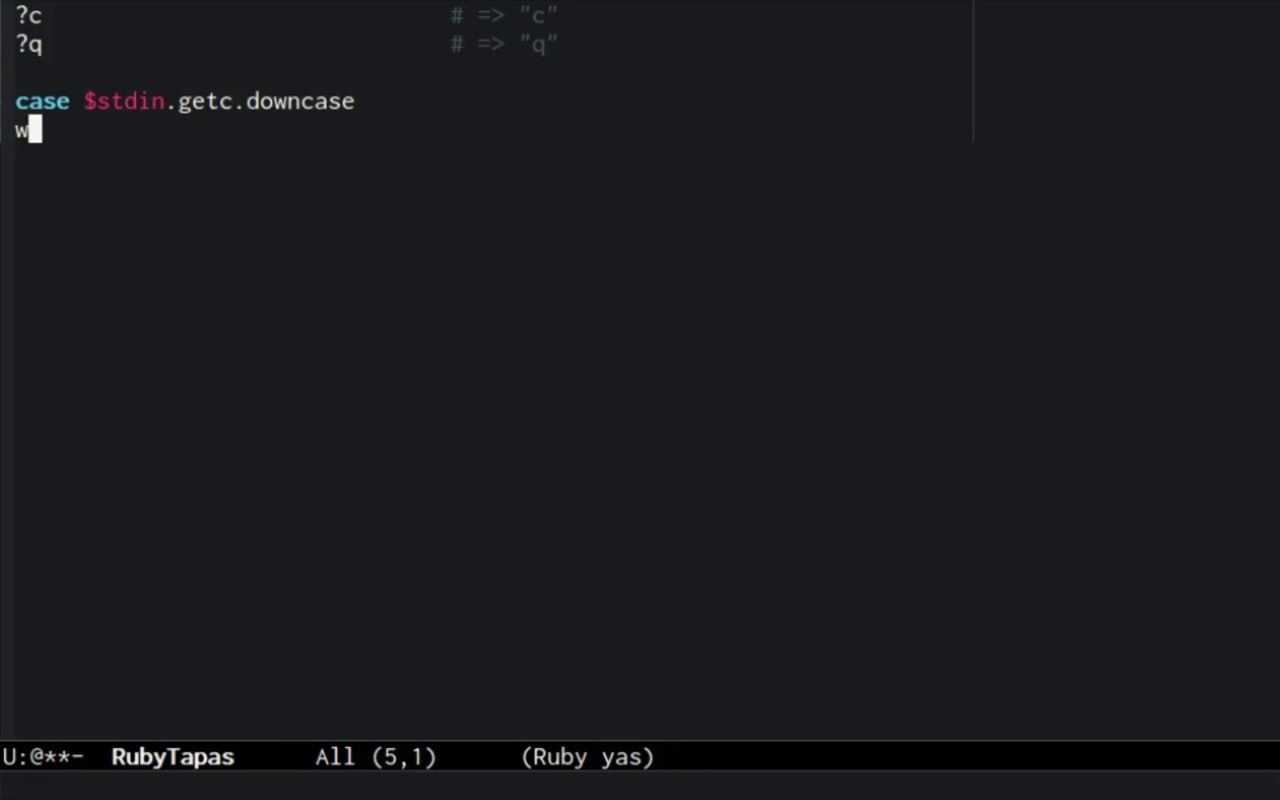 Much like a vestigial tail, Ruby has a character literal syntax which is funny-looking and largely useless. In the interests of completeness, let’s see if we can find an excuse to use it.

As you can see, the result of quoting a single character is simply a one-character-long string.

What is this good for? Well, other than saving a single character, not a whole lot, but I thought I’d include it for completeness.

One way in which this might be useful is for making strings which should only ever be one character long visually distinct. For instance, let’s say we’re checking input to see if the user typed either “y” or “n” in response to a prompt.

That’s all for today. Happy hacking!